I received a BA in Anthropology from Durham University, England, and a PhD in Anthropology from the University of Pennsylvania. My first book, Embroidering Lives: Women’s Work and Skill in the Lucknow Embroidery Industry, was published by SUNY Press in 1999, and my second book, Fashioning Bollywood: The Making and Meaning of Costumes in the Hindi Film Industry, was published by Bloomsbury Academic Press (formerly Berg Press) in 2014. A third book, Critical Craft: Technology, Globalization and Capitalism, co-edited with Alicia O. DeNicola, came out in 2016 (Routledge) and Stardom in Contemporary Hindi Cinema: Celebrity and Fame in Globalised Times, co-edited with Aysha Iqbal Vishwamohan, appeared in 2020 (Springer). My articles on craft, film costume and the social transformation of costume production in popular Hindi film have appeared in Bioscope, Ethnology, Visual Anthropology Review, Anthropological Quarterly, Ethnography, Journal of Material Culture and Film, Fashion and Consumption. My work has also appeared in Fashion Cultures Revisited, edited by Stella Bruzzi and Pamela Church Gibson, A World of Work (an essay co-written with Hindi film costume designer, Lovleen Bains) edited by Ilana Gershon, Performance Costume: New Perspectives and Methods, edited by Sofia Pantouvaki and Peter McNeil and A Companion to Indian Cinema, edited by Ranjani Mazumdar and Neepa Majumdar with a chapter co-authored with Alicia DeNicola forthcoming in Creative Economies of Culture in South Asia, edited by Anna Morcom and Neelam Raina.

I have given several talks in India at JNU, IIT Madras, and SNDT Women's University; I have also been visiting scholar at the University of Westminster. In April 2017, I was invited to talk on Hindi film costume at the National Arts Club in New York.

At WSU Vancouver I regularly teach classes on the Arts and Media in Global Perspective, History of Anthropological Theory, and Speech, Thought and Culture. I also teach the graduate core course on the Fundamentals of Cultural Anthropology and a course on craft and material culture. I have an abiding interest in both the sciences and the humanities, and how they contribute to anthropology. A background in performing arts has proved very helpful in my research, although I have had regrettably (or happily, depending upon your perspective) few opportunities to put it into practice. I am an Associate of the London College of Music.

My research has consistently wheeled back to some core concerns: the human imagination at work in the production of material culture; a critical perspective upon craft; and the day to day work of people making objects and media. Most of my work has been done in India, where I have been studying the social processes of film production, with special focus on the use of commodities in media industries, the cultures of workplaces, the making of film costume, fashion and performance in film, and the renegotiation of craft in the contemporary global economy.

Throughout my career I have been concerned with how artists and makers in craft and media industries manage to assert their creative intelligence in less than ideal circumstances. Both the culture of production -- or the social networks and relationships that make up an art world -- and the shifts in knowledge and skill that underlie aesthetic expression are of interest to me. I have collaborated with fellow anthropologist Alicia DeNicola (of Oxford College of Emory University) in the editing of a book theorizing craft in anthropology. Our key contention is that we can learn the most about craft by looking at when the term is invoked rather than worrying about what it actually means. It is no accident then that I'm interested in exploring craft within film production in both North America and India, since here we see extraordinary feats of imagination and execution without the familiar associations of heritage and the anti-industrial. Behind the scenes featurettes and articles have boosted popular knowledge about "making" in films. At the same time, however, the day to day decision-making, negotiation, and use of imaginative and problem-solving skills to make fantastic, functional and often unprecedented "things" still seems to escape public knowledge.

I am beginning to publish work emerging from research in India funded in part by the American Philosophical Society looking at production design, art direction, set construction, and set dressing. I am particularly interested in how practitioners on the design team, from top to bottom, put a given "vision" into practice, and what it means to strive to make things look "real."

My PhD supervisions have focused on identity, media production, dress and modernity. My student Whittaker Harpel successfully defended his PhD in March 2018 on "Strangers in a Stranger Land: Living History and Tradition in the lives of Arab-Americans." 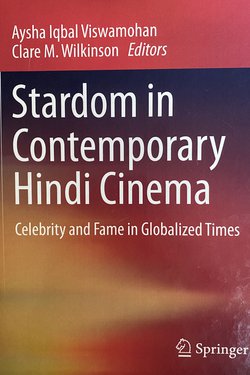 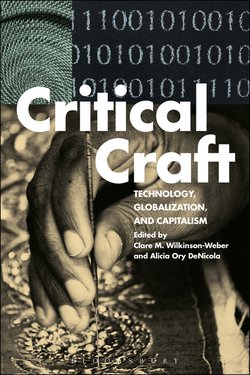 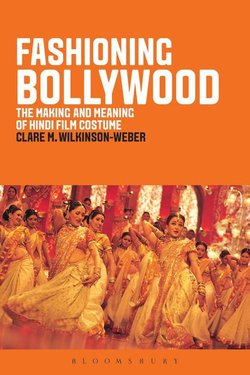 Fashioning Bollywood: Costume and Culture in the Hindi Film Industry 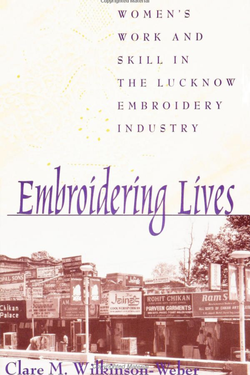